IMPORTANT: For systems purchased before 2020, you may lose connection to professional monitoring as of 12/31/22 if your Base Station 2G cellular module is not upgraded. Call us or check your SimpliSafe app Overview screen to see if your system is affected.

Discussions around our indoor camera, also known as the SimpliCam, happen here.

I purchased the SimpliSafe video doorbell a little over a month ago. It will pick up motion when it feels like it. Sometimes it will pick up a car driving down the street. It very very rarely picks up motion when my packages get delivered and if it does it only catches them leaving the door and when they are almost out to the street. I’ve been on the phone with them trying to fix the problem multiple times now. They told me I had connection issues with my router so they told me I would have to get an extender. I bought the network extender from SimpliSafe and it’s about 10 feet from the video doorbell with great service but the doorbell still hardly picks up motion. I called them again on 8/5 and they told me they would call me back but still haven’t heard from them.  All of my other cameras seem to work fine. They have sent me a replacement video doorbell but still having the same issues.

@jayleewebb1​ If it's not a connection or reception issue (which you can verify by using the Connection Check tool in the app), then we have to go back to troubleshooting the environment to figure out wht the Motion Detection feature isn't working.

In People Only mode, the camera analyzes the actual image and triggers for anything that is shaped like a person and is moving around.

When All Motion is enabled, or at night (when it's too dark for the intelligent motion sensor to work), it uses a more traditional infrared motion sensor. That means it works by detecting heat-generating objects moving around, in contrast with the rest of the environment. So you might see it struggle in very hot environments.

And because it needs to pick up on lateral movement, it will work best when the subject is moving across the field of view. So it might help a bit if you're able to change the angle of the Video Doorbell so that intruders approaching aren't walking directly towards it. Our Support team can help with a Horizontal Wedge for that purpose.

@davey_d​ Does Simplisafe have an angled wedge that can pivot the doorbell slightly to the left or right? I saw a YouTube video where someone seemed to have this piece on their Simplisafe doorbell pro. Is this the horizontal wedge you are talking about? The one I saw looked similar to the regular wedge that comes with the doorbell in the box, only pivoted. If so, do I just ask customer support for one?

@RK9​ yes, that's it. The Horizontal Wedge can turn your Video Doorbell 15 degrees left or right. It's available at no cost from our Support team.

I have had the exact same issue. I already bought the extender, then moved it closer. Neither router or extender is very far. Restarted many times. Still, not consistent recording either (sometimes) cars driving by or (sometimes) me directly in front of it. Would have been nice if this worked when someone hit my car.

If we can pick the area of movement, the angle of the camera shouldn’t matter.

@davey_d​ hi. I have had issues since July 2021 and have called customer service with no fix to date.  The issues with video doorbell happened when I added the outdoor cams and did a software update in summer 2021. Prior to those two events my video doorbells worked perfectly.

SAME EXACT ISSUES HERE and I have tried ALL different settings, resetting, wifi extender and even got it replaced. STILL not working properly. This is so frustrating and unsafe!

I ended up buying a Ring doorbell. Moved SS doorbell to backyard where it gladly catches me doing yard work. 😜

Same exact issues with mine. There is no rhyme or reason when the doorbells will pick up motion. SimpliSafe is sending me a camera to mount in the front. The problem with this that I see is that it has to be mounted low enough so I don’t have to get up on a ladder every time the battery needs to be taken out and charged. Since the camera is only magnetized to the base, it can easily be stolen. I told SimpliSafe that I’d try it. The video doorbells are junk in my opinion (I’m on my second set and there is no improvement) and technical support is absolutely no help.  We basically have no security. We”ll see how the camera goes but I unfortunatelyhave low expectations given my experience with SimpliSafe.

@diana​ sorry to hear that you're having trouble as well. But I'm glad that you're already working with our Support team on a solution. Hopefully it works for you.

So first, both video doorbells were not regularly picking up motion. For the past few days, the doorbell furthest from the router has been picking up. I’m not holding my breath though, given all the problems I have with SimpliSafe.  But the doorbell closest to the router has not picked up anything! Live streams are perfectly fine so it’s not even a router issue. I don’t have hours to spend on the phone with pointless ‘technical support’. Still waiting for someone to help install outdoor camera which is SimpliSafe’s supposed solution to my problem.  I purposely purchased the video doorbell for the front to meet my needs but SimpliSafe can’t seem to fix the problems multitudes of customers are reporting. I’d rather SimpliSafe send me a FUNCTIONAL video doorbell rather than an outdoor camera.

@diana​ sorry to hear that your troubleshooting continues. You're right, based on your description, it sounds like the problem is with the motion sensing piece. Like with all Motion Sensors, the Video Doorbell's has a better time with picking up motion when it's moving laterally - that is, across its field of vision, rather than heading straight towards it.

Has our Support team already suggested possibly using a wedge bracket to turn the camera sideways? That might actually also be why the agent suggested the Outdoor Camera instead, because that camera can be placed anywhere, so it's more versatile when it comes to placement.

Hi Davey. When installing the wedge, does anything on the electrical side of things need to be touched? Or is it a matter of simply putting the wedge under the camera. I’m not clear where it belongs or how to do it.  Diana

@diana​ the wedge would be installed between the wall and the mounting bracket, kind of like this (not to scale): 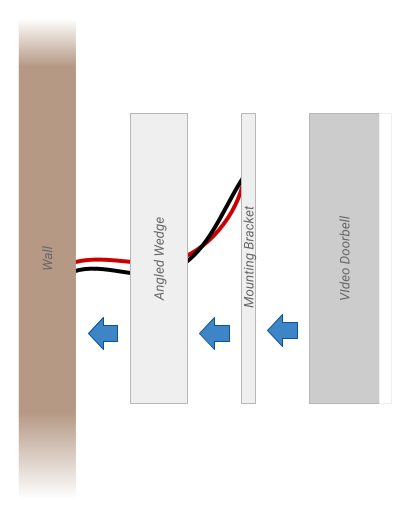 I am having this very same issue.  I also received another doorbell and I am STILL experiencing the same problem, in addition to spending an additional $600 on a Mesh Router system and two extenders.  At this point, I'm adding my old Ring on top of the SS doorbell just to be able to capture the 'porch pirates' and delivery companies....... I'm beyond frustrated.

I have begun experiencing doorbell issues when the outdoor cameras were introduced around a year and a half ago.  Simplisafe has never resolved doorbell motion issues and work  arounds by setting to people only etc do not work. I was advised that the most recent software update (October 2022) would resolve the doorbell issue but that is not the case.  Now since last update a new issue has begun;, at night, the back doorbell records when the front doorbell detects motion.  Very disappointing.  I have purchased an updated router, outdoor cameras, wedge and have had multiple doorbell replacements thru simplisafe.  I think that a software issue occurred with the doorbells when they added the original outdoor cam software to the mix.  I have been hoping that they would resolve these issues especially now that it seems to be more widespread.  I am considering installing a secondary outdoor wired camera setup since simplisafe has been a disappointment.

I am beyond disappointed too as I was a happy doorbell customer for over 2 years it worked perfectly.  Then about Nov/Dec timeframe the motion detection changed and it only picks up people directly in front of the camera.  It used to pick up anything in my driveway and cars/people in driveway and walking up sidewalk to front door, cars going in and out of garage.  I am more than upset and tech support has been terrible (but very nice) telling me same steps over and over and over again I could do them all in my sleep and 2 new cameras later still same thing.  Please resolve this!!!!

@peggy​ Same issue here. Around Dec 15th 2022 my Doorbell camera stopped picking up all lateral motion. I thought it was something on my end so I reset all devices. Same issue ... I then called Simplisafe Support and they sent a new doorbell camera. I installed it today and still hasn't picked up any motion. So now a car simply drive up my driveway, do damage and the camera won't capture anything.

Also one thing to note. Since I installed a new camera and removed the old one, I lost all of my old videos that were saved on their server.

same issue.  My doorbell camera used to record video and alert me when the FedEx guy left a package.  Now it does not.  I have read all these posts.  It is not a connection issue, and the doorbell camera has not been moved since it was installed -- it worked previously, but not now.  I tried to find a "people only" or "all" option on the app and could not find it.  I see no point in a "wedge" since it worked just fine until a month or so ago, set up just as it is.  Suggestions, please.

I just read some posts on another thread.  Some people date this problem to a recent software update.  I think that might be the case with my system.  Software updates that mess things up is a pretty common occurrence.  Can I un-upgrade, back to the previous software package?

@terryrustin​ Good Morning,  I have the simplisafe monitoring and am not sure if these options are available for lower end or no monitoring but am writing how to below for you to help. Here is where u can find options for people only, etc.

Go to My System, then cameras, doorbell and there u can choose sensitivity, People or All Motion, night vision, and you can block out areas that don't need detection.  Hope this helps you.

TerryRustin - Thanks for your reply.  Yes I believe it was either and Apple IOS upgrade to both our phones, or a Simplisafe upgrade to the firmware.  For me it happened Nov/Dec 2022 timeframe.  The People/All motion switch does nothing any different.  Still same problem.  I appreciate if Simplisafe would just own the issue and say they are working on a fix instead of giving us the run-around.  Ridiculous that they keep sending out new cameras.  Please let me know if any updates occur. Thanks!!

Update - Still no fix from Simplisafe, I called to complain yet again and at least they acknowledged the problem and gave me 3 months of free monitoring.  I need this camera so I sure hope they fix it fast. 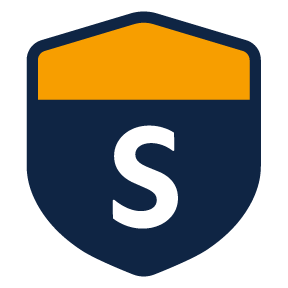 New to the Community? Get started by reading our Welcome Post.

How can we improve?