Is there a product you think we should offer, or an app feature you’d like to see? Let us know! 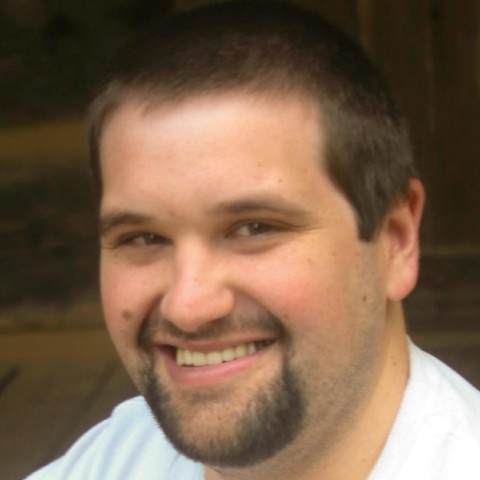 This is a feature request that I would think should be easy enough to implement by the SimpliSafe development team (I would hope?) and that is to add the ability for motion detection to be enabled on the inside cameras when the system is armed and give the choice of enabling it when the system is armed for home or away mode. This way users could choose if they would like motion detection notifications on their interior cameras when the system is say for example only armed in away mode but don't want it for home mode, or a user decides they would like it enabled for both they could have that as well.

When the shutter is closed, you'll only get recordings from system activity (disarms, alarms, etc).

@davey_d​ That makes sense for those who use the shutter, but what about those of us who don't use the shutter and leave the camera open the whole time? The reason being is:

I don't think it's great to lump everyone on to 1 feature (shutter in this case) and say well if you don't want motion activity to happen then you have to turn the shutter on and that's it. There are good reasons for not using the shutter, and the above 2 are very good reasons as to why.

I think giving people the ability to choose is better than forcing people into using 1 feature IE the shutter on the indoor cameras, otherwise statements like yours makes me feel like SimpliSafe isn't really interested in improving their products and features at this point. I mean, after all we're still dealing with the microphone issue from the indoor cameras for what, 2+ years now and even the new ones fresh off the factory line still have this issue.

This is really making me feel like SimpliSafe is giving up on listening to its customers and actually fixing issues and has now gone into the game of we've got big enough numbers so losing customers doesn't matter and that honestly makes me sad because I've been with SimpliSafe for so long now and at first the company was great and responsive to customers and listened to feedback but now, we got products still with the same issues reported over 2 years ago, feedback is basically "we'll pass this on" or "well use X instead" even though X isn't what everyone wants to use.

I say this coming from a background in computer software engineering along with designing and working with electronics and components as a big hobby for a very long time. I just feel sad in the state the SimpliSafe has become as of late 😞.

Edit: Looking over the careers page it's pretty clear SimpliSafe has lost a big part of its engineering team from the director down and can either mean SimpliSafe cleaned house to get new people in who would actually work on problems, or there is a bigger issue at play that caused people to leave.

I'm not able to speak to any speculation regarding our engineering team.

What I can say is that gathering feedback - including requests like yours - is a big part of why this Community exists in the first place.

Thank you for clarifying your request. I've changed the title so it'll be clearer for our devs.

I'm a brand new user who has just installed SimpliSafe and I initially thought I was doing something wrong or that I didn't understand the camera settings, but after I did a Google search, I came up against this post and I must admit that I'm appalled to learn that this is how the system works. I'm surprised to know that people have been putting up with this for what may seem like a really long time. I'm also surprised that there were no "up-votes" until I gave mine.

In my case, I have all my shutters closed when the system is in "off" or "home" modes. To my surprise, whenever the camera detects motion, the shutter opens, the camera starts recording and I get SMS and email messages alerting me that motion was detected.

I called Customer Support to ensure that I was not doing anything wrong and Claudio, who was extremely helpful, professional and polite, explained to me that I did everything right and this is how the system works.

I'm seriously thinking about returning the system because the way it was designed doesn't work for me.

In addition to the obvious use case when I'm at home or the system is off and I don't want to be bombarded by useless messages, I have a much more serious situation when I have guests at home and all their movements are being recorded. This is a serious privacy issue.

Is there an email address for the product team that we can use to communicate directly with them or is this the only way to address what I consider a serious flaw in the system design?

Of course I stand to be corrected because I'm a noobie and I may be missing the big picture.

@pcintra​ Apologies for the miscommunication. If your Indoor Cameras are attached to a SimpliSafe system, then you are correct, they should behave according to the Shutter setting. That is, if you have the shutter set to closed in Home Mode, then you should be able to walk around all you want, and the camera would never trigger.

However, the cameras will still trigger whenever the system is disarmed. So if you just came home and set your system to Off, even if you immediately switch to Home, the cameras would still be recording.

Do you think this is what's happening for you?

If not, your cameras are definitely not behaving correctly.

How can we improve?